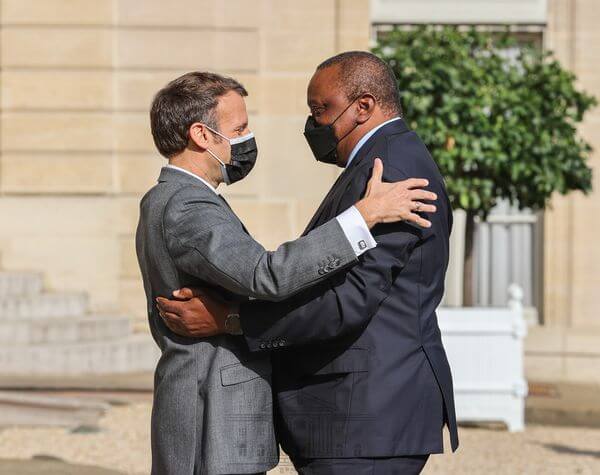 President Uhuru Kenyatta on Thursday morning met his French host Emmanuel Macron at Elysee Palace in Paris during which the leaders discussed several bilateral and multilateral subjects of mutual interest to Kenya and France.

President Kenyatta and his French host discussed the progress of key France supported infrastructure projects in Kenya including the expansion of the 233-kilometer Rironi-Nakuru-Mau Summit Road whose construction is set to kick-off in September this year.

The public-private partnership (PPP) agreement to expand the Northern Corridor road into a four-lane dual carriageway and reduce congestion at a cost of Shs 160 billion was reached during President Kenyatta’s visit to Paris in October last year.

Copyright © 2021 Embassy of the Republic of Kenya.  All Rights Reserved.